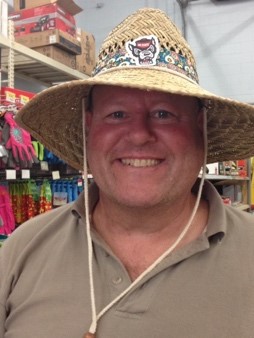 Mart Bumgarner, A North Carolinian, Received AAS in Agri-Business BS At Catawba Valley Tech, and a BS in General Agriculture from Tennessee Technical University in 1988. Mart served in the US Army where he spent 26+ years before retiring in 2014 as a lieutenant colonel. Mart attained his MS in Extension Education and in 2016 Mart began his extension career as the Crops and Horticulture agent in Orange County. Mart loves his job and thrives giving back to the community by helping the farmer, nurserymen, landscaper, and home owner/gardener alike.

Johnny has lived in Granville County, NC his whole life. After graduating college at NC State University, he worked at his family’s Nursery/Garden Center business for 21 years. Johnny taught high school agriculture classes for 18 months before starting with N.C. Cooperative Extension 2 years ago.

Paul has been an Ag Extension Agent for over 15 years and especially enjoys working with farmers markets, forest landowners, and providing training to pesticide applicators. I am a North Carolina native and a forest landowner.

Ashley holds a PhD in biology in plant genetics. She moved to Durham from Indiana almost eight years ago for school and fell in love. She started with Extension in June of 2018, and loves helping farmers (and future farmers!) as they grow their farm and their business.

Paul has worked over 36 years in Cooperative Extension with three universities, Arkansas, Cornell, and NC State. Most of that work has been with livestock producers, including beef, dairy, swine, sheep, goats, and horses, and with crop farmers growing soybeans, corn, rice, grain sorghum, forages, and tobacco. He served as President of the NC Association of County Agricultural Agents (NCACAA) in 2015-2016.

Kim grew up on a family owned and operated dairy farm and exhibited dairy cattle at many county, district and state shows. Although they no longer milk cows, her family still runs the family farm where they raise beef cattle and hay. Kim attended NC State University and a Bachelor’s Degree in Animal Science. She began her career with Extension in 2003 as an Agriculture Agent with programming areas in Livestock and Forages. She enjoys working with farmers and is passionate about agriculture.

I have worked with local food systems, farmer markets and food safety throughout her career with Extension. Currently, I am the co-chair of Extension’s statewide Local Food Program Team.

I grew up on a family farm in Pitt County and was very active in 4-H. I left NC in 2001 to get my degree at Kansas State University. I worked for 5 years while my wife completed vet school and started her career after graduation. We came back to NC in 2009 to take over the family farm, Tar River Ranch. A series of unfortunate events led to me needing off-farm income to continue my farming operation and I joined N.C. Cooperative Extension in 2011.

I grew up one hour south of the Pocono Mountains in eastern Pennsylvania and was introduced to the world of horticulture from a young age, having worked on my father’s Christmas tree farm. Following graduation from Penn State in 2016, I was ready to find something new, yet familiar. In July of 2016, I found myself as the Horticulture Extension Agent in the N.C. Cooperative Extension of Pitt County Service. Here, I continue to learn, put my horticultural knowledge into practice, and most importantly to me, share that knowledge with the community.

I earned a bachelor’s degree from NC State in Agronomy with a minor in Ag Econ and went on to get my Masters in Crop Science. In addition to County Director, I also have programming responsibilities in field crops education and outreach. These crops include tobacco, cotton, peanuts, corn, soybeans and small grains. I also work with homeowners on pest control problems and pond weed management.

Gene Fox came to Eastern NC after graduating with an Environmental Science degree from Catawba College in 2000. Working for both private (14 years) and public (4 years) entities, Gene gained an appreciation for relationships and what it takes to make a business successful. Gene has been with North Carolina Cooperative Extension for a little over two years and is pursuing a graduate degree from North Carolina State University.

I grew up on a small beef cattle farm in rural North Carolina, where I raised and showed lambs and steers at the local 4-H Livestock Show and Sale (much to her father’s pride) and rode horses (much to her father’s dismay). I attended North Carolina State University and received her Bachelors of Science in Animal Science in 2012. Today, Kelsey works as the Livestock and Field Crops Agent for Edgecombe County and enjoys serving and working with the local agriculture community.

I was born in raised in La Grange North Carolina, which is home to some of the most successful and smartest farmers in Lenoir County. Throughout my life I have held a passion to farming and agriculture, and have always respected the work and effort farmers put in to feed the world. I commit my time to helping others in any way possible, in order to help them maintain a successful farming operation

I have worked with N.C. Cooperative Extension for over 9 years and have been responsible for educational programming in the area of corn, cotton, soybeans, tobacco, small grains, and peanuts. I also have assisted with needs in the livestock area of agriculture in the past 2 years. My wife and I live on a small farm with two small children where we raise pigs and chickens.

Mike is responsible for educational activities and events for field crop production and as Pesticide Coordinator within Carteret and Craven counties. He provides leadership for farmland preservation, environmental quality and agricultural sustainability resulting in annual agricultural savings or increased production. His experience includes over a decade of private consulting with clients in Eastern North Carolina and 20 years of service within Extension.

Growing up on a beef cattle operation and the daughter of a 4-H agent in southwestern Virginia, agriculture and Extension have always held a prominent place in Laura’s life both personally and professionally. She came to Eastern NC in 2010 after earning her Bachelors degree in Agricultural Sciences to pursue a career in Extension. Today, Laura works as the County Extension Director in Martin County, with programming responsibilities in Horticulture and Livestock.

Tommy was raised in Wendell, NC, which is about 20 minutes east of Raleigh. Wilson County is Tommy’s parents’ home, so he has deep ties to Wilson County. Though he did not grow up on a farm, he has strong ties to agriculture. His father works for NC State University and is involved with field/vegetable crop research. Because of this, he pursued a degree in Horticulture with a minor in Crop Science. At LSU, his thesis work centered around herbicide drift on sweet potatoes.

Jessica grew up in rural Pennsylvania, and through family friends came to know and love the 4-H program with her livestock projects. After attending NC State University, Jessica accepted a job in Anson County in the Southern Piedmont of NC as the Agriculture Agent where she worked for 6 years and worked with the Piedmont Farm School. Jessica moved to Wilson County in 2018 and her programming focuses on youth livestock, beef cattle management and marketing, small-scale swine production and forages.

I am a graduate of the University of North Carolina at Pembroke. I have ornamental growing experience from Metrolina Greenhouse in Huntersville North Carolina, research experience with turf and ornamentals from Bayer Crop Science in Clayton North Carolina. I worked with dairy cows, small acreage organic and conventional vegetable production, and insect management.

Growing up on a farm right off the county line in Goldsboro, NC, I quickly developed a love for agriculture. Our family farm annually produced tobacco, cotton, corn, soybeans, and wheat. We also had commercial poultry houses where we raised broilers. After graduating from North Carolina State University I came back home to help my dad on the farm before taking on my new role with NCCE. 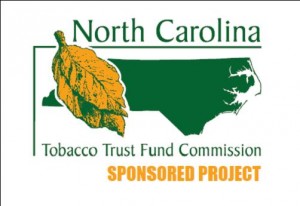 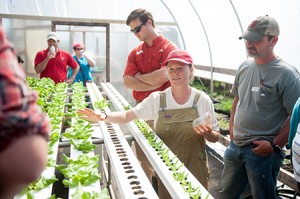